The Rally Lead Trap – Defend Against Solos While Heroless

Recently new updates have left the Game of War world in a tailspin. With the release of Gladiator Skills and levels, players who were previously considered unburnable are now burning and rally leads are no longer safe. Gladiator not only provided increases in already massive attack stats and debuffs but provided a march size increase as well. In this article I’ll teach you how to modify your account to be a Rally Lead Trap.

Taking a solo from a level 5 gladiator is the same size as what previously would have been a rally. In addition, with the release of new gear leveling adding 13KTT in troop attack at level 3000 and 43KTT Troop attack at level 5000 this is set to become even more difficult.

Rally Leads Are Getting Soloed

Rally leads are being soloed while their hero is in the march and losing massive amounts of troops. A heroless solo can now devastate a rally lead who is not set-up correctly.

And that’s what I’m here to talk about. You need to be set up as a Rally Lead Trap.

Without this focus some big players who are former Super Wonder contenders have burned at devastating rates (see below).

If a lead is unable to protect themselves then the game moves to a solo game for many. For players who do not lead this becomes a struggle as there is no one leading rallies during kill events or while playing on an everyday basis.

As we all know rallies are fun because everyone gets to join in and without them there is a lot of waiting around to get hit. A lead that will get zeroed while hero is marching will not lead and that impacts the whole game.

However, there is hope!!!

The new VIP levels 200-251 brought increased defense stats that apply while your hero is out. The sort of defense is difficult to come by right now.

In addition, we have seen different set ups work for lead accounts. One which we are currently utilizing ourselves. A key thing here is when updating lead accounts you can no longer just focus on the attack stats. For example, when new troop gear levels drop, typically we see leads load up on the attack focused levels first. In my opinion it is important to focus on defense first in order to be an effective lead.

Things to always think about when it comes to defense!

Research gives many attack and debuff stats but you also see huge gains in defense in research. This is the unseen or hidden power of many traps. Those traps that no one knows how they cap typically have excellent research.

Hero skills for when your hero is home.With having so many points for the hero skill tree, it is possible to make a tree that combines both defense and attack. Be sure to keep skills updated at all times.

Getting defense where you can is just as important for leads now, and for that reason I would also recommend switching building boosts to defense as well.

Use An Infantry Build (Includes a SECRET)

The first method we have seen that we are currently utilizing is the infantry build. Building infantry meat allows the player to be soloed heroless and take only minimal losses. While a ranged missile will hit harder we have not seen kills to the levels of other accounts with a more traditional build.

The reason Infantry protects you while you are heroless is because Divine Infantry Defense is the only Troop Type Divine Defense that works without your hero. See the research definitions below.

Switching to this method has allowed us to cap some of these soloes with both hero marching and heroless and to not be burned as badly by others. 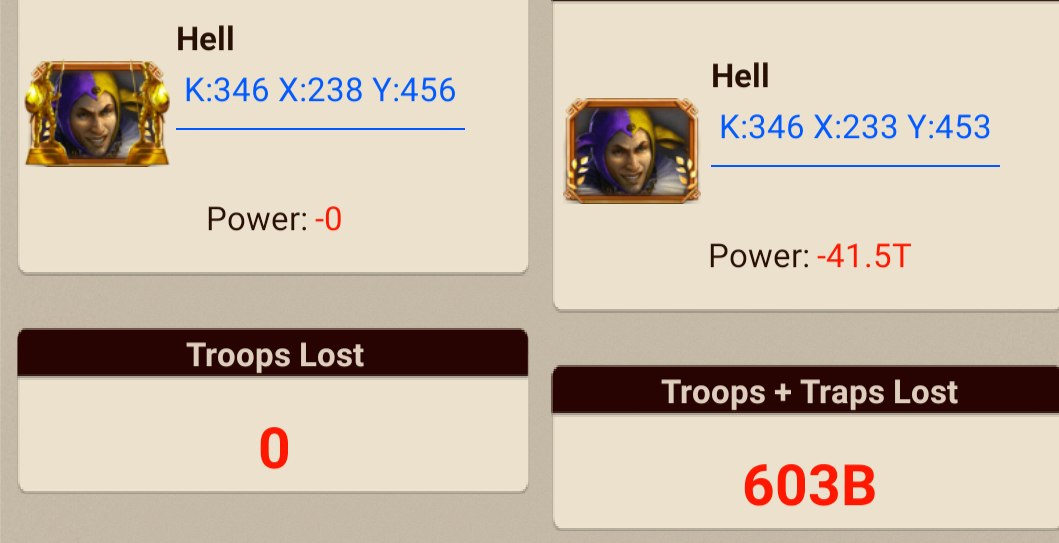 The second method that is becoming more common is a t12 build. These players are able to train less troops due to the high number of speeds required, but the troop strength is very strong on defense . While they do burn all troops go to the hospital and are able to be healed.

The drawback to this build is that traps have to be rebuilt every hit.

These players are typically seen in the KT power range.

The final option we have seen is to play a zeroed lead or filler. Meaning the player maintains no troops. They are able to train troops for each rally, and when filling they protect their hero in a fake rally. So when hit, they receive no losses as they have nothing to lose.

These are all the defense changes we are making to our Lead accounts right now. We switched to these methods after taking a heroless solo that destroyed 1KTT power. But we are safe now 😉 Welcome to the Rally Lead Trap revolution for probably like 2 weeks.

Huge thanks to Cinder for the testing and content!!

The Art of Bait Trapping – A Deadly Disguise

The Last Game of War Strategy Guide You’ll Ever Need

A Review of the Current Max Stats in Game of War: Dragon Dimension

The Art of Bait Trapping - A Deadly Disguise